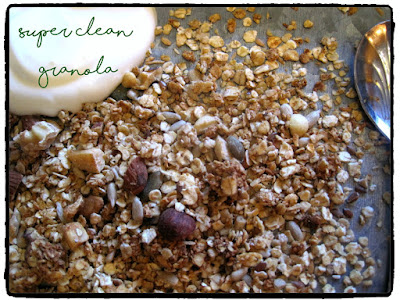 This wouldn't be a "healthy" eating blog without some mention of granola, right?  This was actually going to be a post about my other breakfast staple but, due to lack of photos, you'll have to wait for peanut butter.  It's on the list.
I've come across heaps of granola recipes and have a page in my recipe book which has been scribbled on and scored out, added to and amended over and over again.  So here, in its current incarnation, is my simple homemade granola recipe.
You'll notice that there's no dried fruit here.  That's mainly to keep the sugars down but also because I'm not always in the mood for sticky fruit getting stuck between my teeth first thing in the morning.  You can add some, of course, but make sure you do it near the end of the bake otherwise it'll char.  Or just throw some into your bowl when you serve it.  If you're used to a store-bought granola, you may find this version isn't sweet enough for you.  Why not give it a try and add a little sweet stuff at the table if you still feel the need?  Then a little less of it the next day, and the next... 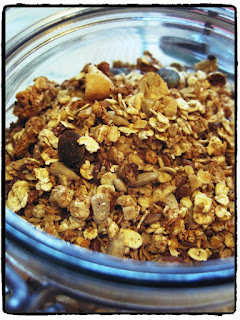 You'll also notice that it doesn't sit in big clumps like many of the packet versions.  That's because I use minimal sticky stuff.  If you're looking for greater clumpage, I've seen a recipe where a beaten egg white was used as a binder but never tried it.  You could up the maple syrup or <gasp> even use a little golden syrup.  I use homemade applesauce (is this one word this side of the 'pond'?) which is basically any mix of apples you like, boiled until mushy with water, cinnamon, nutmeg, a couple of slices of lemon and a touch of salt.  Cooking varieties like Bramley are typically quite tart so avoid or mix them with eating apples for this no-added-sugar applesauce.  I puree it with a stick blender and freeze it in small blocks until I need it.  It's a great, general sweetener so think of substituting it for sugars and syrups, particularly in recipes where mixes are quite wet.  You can always reduce another wet ingredient to make up for it.
This granola is very forgiving.  I usually decide to make a batch without planning for it and use whatever nuts and seeds I have.  Walnuts, almonds, cashews, and Brazil nuts, pumpkin, sunflower and flax seeds are all a hit here.  It's never tasted anything but delicious.  My favourite accompaniment is Greek yoghurt, maybe with a drop of water to thin it down.  I also like a handful of the dry stuff as a snack. Slightly sweet, wholesome, crunchy and surprisingly filling, whip up a batch next time your oven's on and get ahead for that week's breakfasts!

makes enough to fill a cereal container;  half the batch if you're short of cupboard space 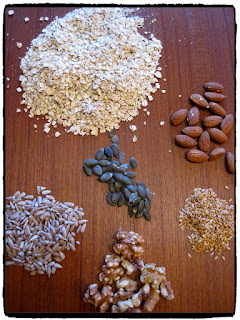 What you'll need
500g rolled oats (check for a GF variety if you need it)
100g desiccated or flaked coconut (I use medium desiccated)
250g mixed nuts, roughly chopped to the size you want, and seeds
a pinch of salt
1 TBSP ground cinnamon
1 TBSP maple syrup
2 TBSP coconut oil, melted
2 TBSP applesauce
An oven, pre-heated to 150C and a couple of large baking trays or tins to spread the mix on.  No need to line them as this is not a sticky mix.
What you'll do 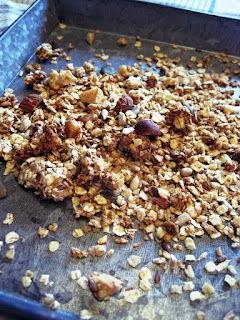 A full batch of this 'super-clean' granola will last me a couple of weeks, depending on how much the husband and The Smalls helps out.  "Ola!  Ola! <frantic pointing>  Ola!"  Enjoy!
Posted by Caroline at 1:07 pm 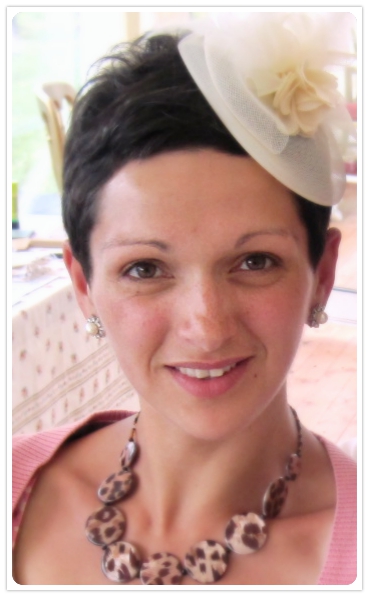